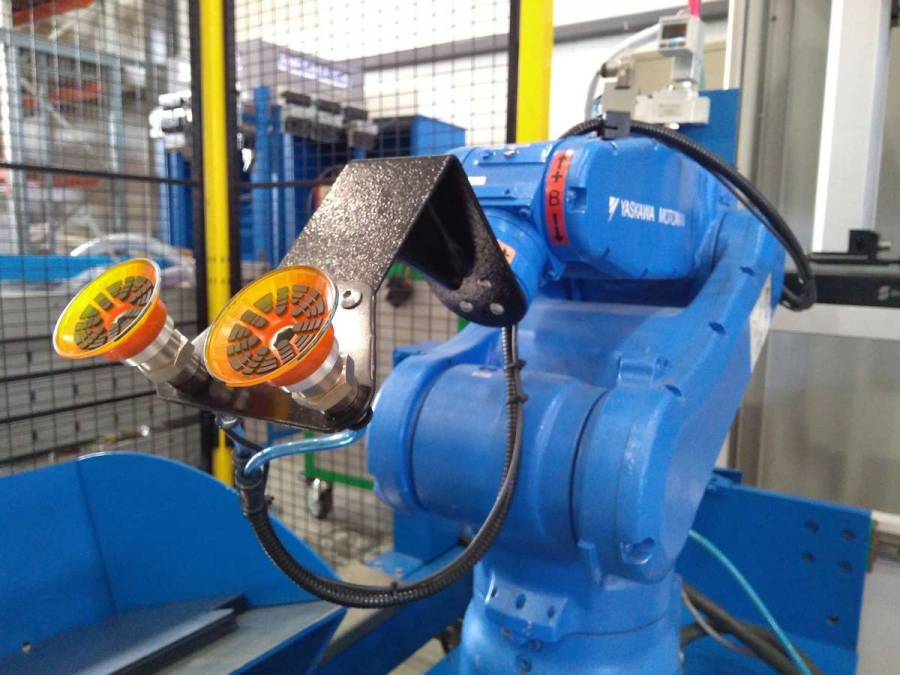 The 1st Robotic Openhouse organized by Gizelis Robotics SA at its premises in Schimatari, Viotia, has closed its gates with an active presence of more than 180 companies operating in every field of production.

Various federations and representatives of the productive classes, attended the openhouse and stated impressed with the outcome. During the exhibition, they were informed upon the new technologies and solutions that Gizelis Robotics can offer while having the opportunity to see and discuss how robotics can improve their own production in real conditions. Special attention was attracted by the range of applications presented, which included applications for palletizing, packaging, sorting of objects with optical identification, applications where robots feed production machines, welding applications, etc.

For all applications, Yaskawa Motoman's top-quality robotic arms were used, which Gizelis Robotics is an official integrator. Great interest was also noted by companies outside Greece for the installation of robotic systems soon. The human-focused philosophy embraced by Gizelis Robotics SA makes it fully competitive at international level. Gizelis Robotics has already made such integrations abroad, proving that another Greek company can claim a share of the world market and finding an huge response.

One of the objectives of the Openhouse 2018, was to show that robotic systems now have increasing dynamic and penetration into the production process, since the return of investment is significantly smaller than it used to be. At the same time, it became crystal clear that Gizelis Robotics is a company that offers not just a robotic arm but a complete solution starting from the observation the existing production line, studying needed conversions, designing and implementing hardware and software, so that the company will acquire a complete and modern new Turn-Key production line. The benefit for the plant is accountable, prominent and cost estimated in advance, so that there is a complete image of the result that we expect to benefit. In this way, every plant can achieve increased production, better product standardization, lower operating costs and all of this at the same time.

DON’T MISS THE LATEST UPDATES! CONNECT WITH US